To have the optimal experience while using this site, you will need to update your browser. You may want to try one of the following alternatives:

Many Choose Randolph to Visit and Reside 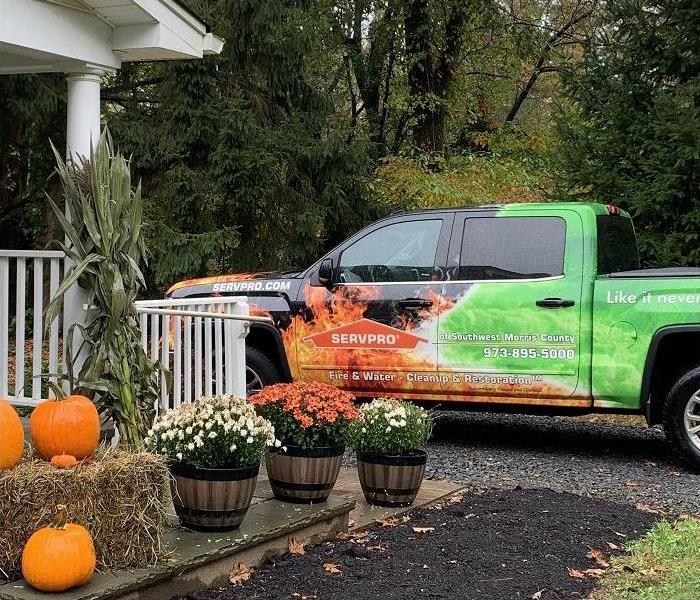 No matter the season, SERVPRO is ready to handle your emergency flood damage restoration.

How Randolph Earned a Distinction as a Great Place to Live

In 2019, Randolph earned a distinction among the 50 best places to live in New Jersey from Niche.com. This accolade has been primarily due to the increase in population, which improves commerce, economy, and overall sense of community. In the past several decades, the greater Randolph area in Morris County has been steadily increasing, currently boasting nearly 26,000 residents. The natural scenery and overall calm have been attractive to some of history's most well-known figures, including Frank Sinatra and Rocky Marciano would seek Randolph as a respite from the city's sound and bustle.

The History of Randolph's Natural Appeal

History plays a significant role in the overall appeal of the Randolph area. From the acreage purchased by Hartshorne Fitz-Randolph that would become the township in 1753, the town's most profitable aspects already existed. In New Jersey, the first iron mine was located in Randolph and began its operations in 1713, providing raw materials to the existing soldiers inhabiting the colonies. While they were instrumental in securing the necessary metals for fashioning weapons or ammunition, Randolph also served as a supply depot for Washington and his troops stationed nearby during the American Revolution.

A blend of commercial development and unique rural appeal continued to keep the Greater Randolph area here in Morris County among the elite's premier vacation destinations throughout the years. In the 1950s, a series of bungalow and hotel developments would spring into existence, enticing names like Sinatra and Phil Silvers to use the area as a relaxing escape. Famous boxers like Max Baer and James Braddock used structures like the Saltz Hotel for training or broadcasted fights. In its own way, these exhibitions and getaways for some of the nation's most recognized people would put Randolph on the map for those that did not know it existed.

Because history is so significant to Randolph's attractiveness and its surrounding areas, it is not surprising that so many of the structures and buildings within the town limits have been nationally recognized with historical significance. The Randolph Historical Society well preserves much of the town's artifacts and stories in the Museum of Old Randolph.

Even beyond colonial America and the structures that have existed since this time, much like the unfortunately recently demolished Liberty Tree, there are many other significant structures and areas of town that have been protected and recognized by the National Register of Historic Places. One such portion in the city is the oldest street in the municipality, Gristmill Road. A secondary district, Combs Hollow, was also recognized in the 1990s for its contribution to the early American industry.

Despite only being around 26,000 residents, Randolph has been included on multiple lists and groupings of desirable places to live in New Jersey. There are numerous reasons for these accolades. For one, the town is home to the well-respected County College of Morris. With more than 7000 registered students, the school has a considerable need for professionals in hundreds of positions. Students can take baccalaureate degree courses in specific niches on the CCM campus connected to Rutgers University.

There is a suburban feel and appearance of Randolph, especially being within a short drive from Newark, Manhattan, and Brooklyn. Those that can stand the commute have seen the more rural feel of South Morris County to be a welcomed alternative to the noise and alarming pace of the larger city areas. Also, the cost of living in our region of New Jersey is more reasonable than you are likely to find in more widely developed areas of the state or nearby New York.

With a humid, continental climate, Randolph is one of the areas in the northern portions of the United States that can experience a wide range of potential weather events. In most seasons, the weather is favorable and mild. While residents of the area can experience all four of the seasons throughout the year, extremes are often few and far between for those settling permanently to Randolph. While there are humid conditions to contend with in the dog days of summer, much of the year's average temperatures do not exceed 82 degrees or drop beneath 34 degrees.

With the expectancy of more than 51 inches of rainfall, Morris County continues to be a significant part of the country to grow crops, even on a large scale. There are definitive seasons that make specific fruits and plants unlikely to flourish. Many continue to take advantage of Randolph's lush rural region to provide food for their families and supply local farmers' markets with fresh crops, fruits, and other produce.

From groundwater flooding and torrential rainfall to winter storms, structures become overwhelmed with heavy snowfall, often described as mild weather conditions that can sometimes become violent and destructive. Our SERVPRO professionals understand the importance of a fast response when disasters happen. That is why we are centrally located to provide a quick and confident effort when every minute counts.

Emergency services are among the most critical responses that customers can expect from our experienced SERVPRO of Southwest Morris County team. With heavy snowfall and the potential for hail and high winds, storm damage does not always have to immediately result in widespread flooding to be catastrophic for your home's construction. We can repair and reconstruct your house's areas needing attention after a storm loss because we have a general contracting license (13VH06013000)and experienced building trade professionals.

Extraction and drying are often vital efforts when flooding results from storm damage, and with a fast response, these phases can start promptly in your residence. Usually, this involves a combination of industry-leading tools and technologies, including: